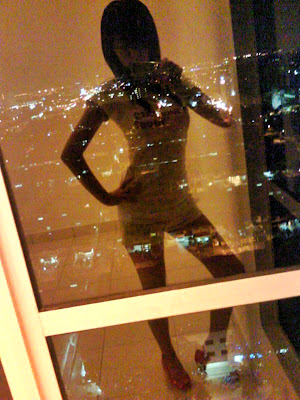 I reached UTAR kinda early this morning.
before I step in to the hall, I heard Vingent shouting.
and went I walk in, I saw a girl in red chasing over Vingent.

Later on, I heard from someone that the girl is crazily going after Vingent.
Even though she got rejected, she doesn’t seem to give up.
I also heard that this girl is suffering from Melancholia. One more thing, that girl is from my chinese class. CRAPS! I can’t deny that it’s really funny when both of them running around the hall. Maggi and I can’t stop laughing. Well, we know it’s not good to laugh when people is suffering, but we just can’t help it. haha.
We did helped Vingent by talking bad of him in front of the girl, but too bad, it doesn’t help at all.

hide and seek?
Obviously, he’s scared of her. 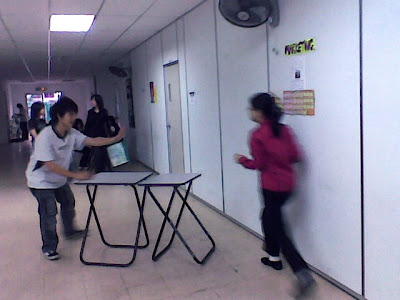 The climax is when the girl run towards Vingent, hugged him and said she likes him loudly.
We were all stunted. Vingent doesn’t even knows how to react to the situation.
Her friends came to pull her away. Still, she followed Vingent whenever he go. hA, Vingent was in big trouble till Fan came to rescue him.

Computer studies lecture, there’s people debating. But we are more interested in catching up on what happened on that two. awhile later, Maggi started talking about the ghost festival.
yesh! I experienced something last night. I mean this morning around 1a.m. my cursors move in circle by its own. I was like ‘ WTF!” I plucked out my mouse on the next second. and things go back to normal.

Then, SP Corner. Thanks ADY for the fat-free strawberry yogurt!

okie, this is Fan SELF INVENTED “ROTI BANJIR” 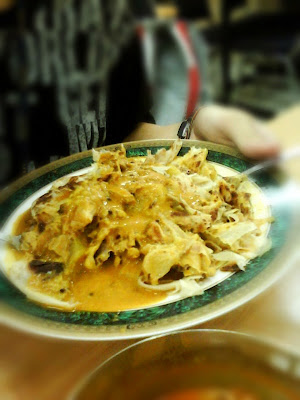 ERN. Joshua pee on his pants?
lol, I shall skip this part and keep you people guessing =) 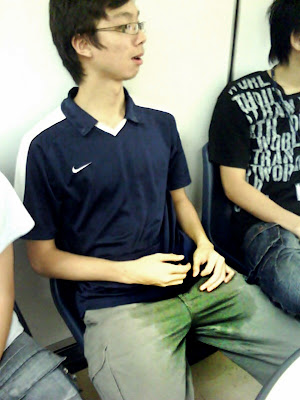 Uncle Gavin. haha. he’s our very own principle. He somehow got his tooth hit by a small mentos. 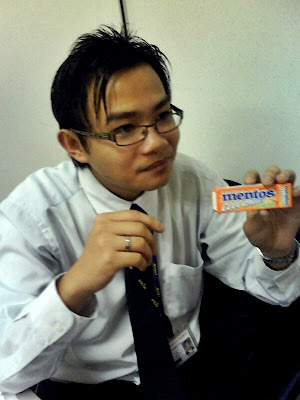 After that, public speaking.
It’s very emotional lesson. We cried and we screamed as the speakers today talked bout the touching movie 1 liter tears(by Gavin) and the horror movie, Silent Hill(by Emily). Other than that, Ian talked about a musical anime which caught all our attention. oh yea, Piksan talked about the CHOCOLATE MAKING PROCESS. She even brought her chocolates! aww. my love! haha.
It’s great overall.

okieokie, let’s continue with Vingent’s GIRL. The TB1-rians went for Art meeting in a room, and that girl insist to come in. Fan locked her out. It’s not cruel, it’s just that if he doesn’t do so, the meeting will not be able to carry on as the girl will keep disturbing Vingent. Fan said it’s a sexual harassment. lol. The girl then cried. Her friends have no idea what they should do. And so, they seek for help from the lecturer. The girl disappeared after that. No idea where we went. 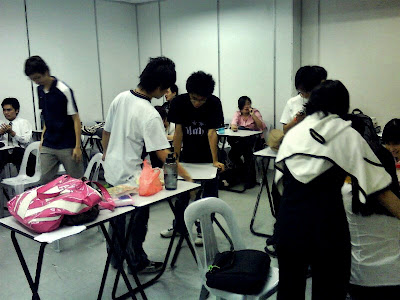 Econ class starts on 3.00p.m. most of us was in the sleepy mode. Everyone looked so blur. 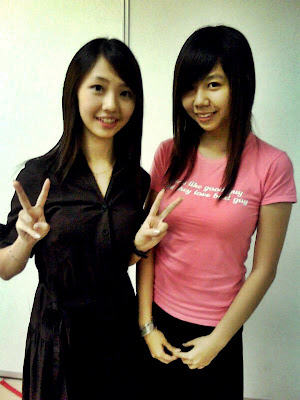 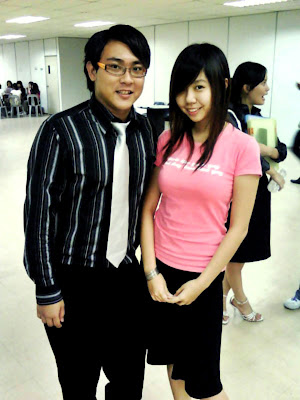 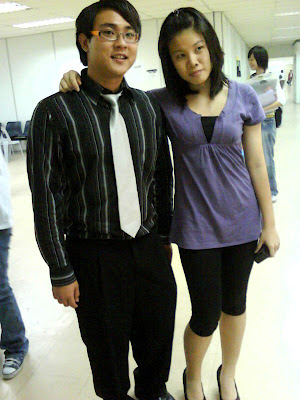 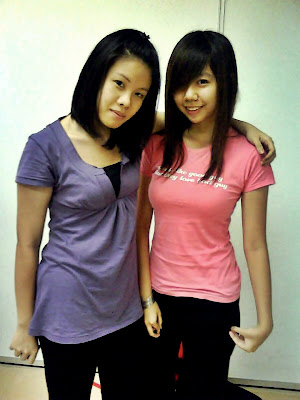 Ivan! It’s not that I am short, he’s just too tall. 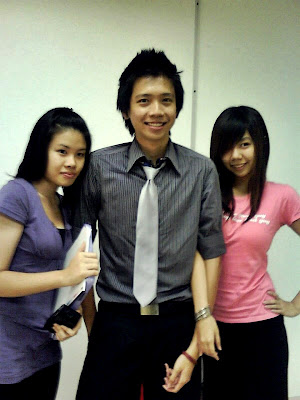