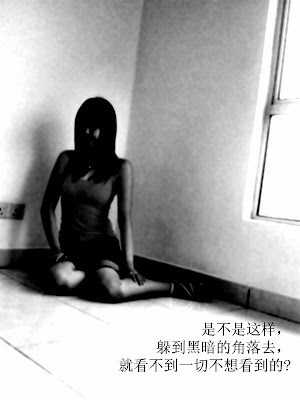 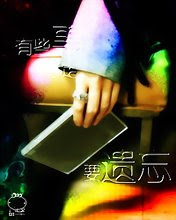 。。。。
Was a happy day, but I heard something really hurtful that had somehow bring me down. I am not going to mention about that. Just, we should always expect for the unexpected. Hmmm. Let’s go to something fun that happened today. xD

We had planned to dress up again tomorrow. And this time all of us are suppose to dress up like a nerd. & Nerd is defined as a stupid, irritating, ineffectual, or unattractive person. 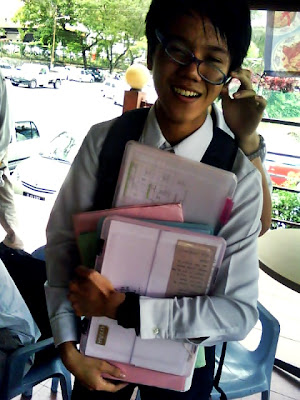 Did I mentioned that my class got lots of talented actors?
Let’s see.

nerdy jeff got caught by two bullies.
and got threatened. 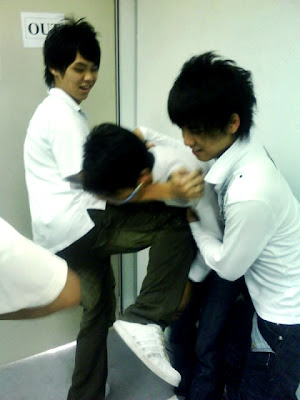 Jeff passed them all the money he has.
But the bullies think it’s too little, and throw it back on Nerdy Jeff’s face. 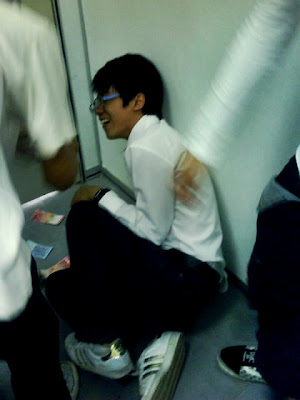 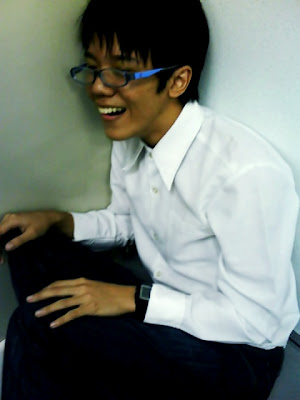 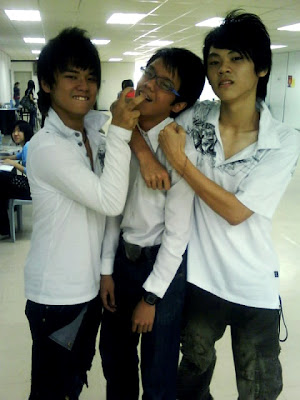 With these jokers in my class, we will be entertain 24/7.

Vingent said Fan “CHICKEN RAPE” him.
lol. What he actually means is that he got sodomized. 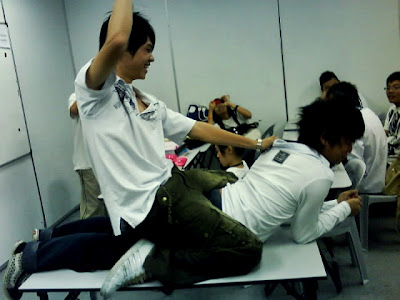 We bought a chocolate cake from secret recipe and a few bottle of champagne for the celebration.
We sang birthday song for the 4 of the them.
Besides Meisze, the other 3 of them basically enjoyed. 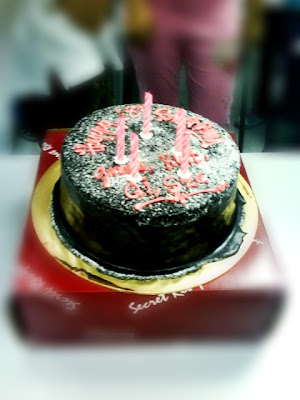 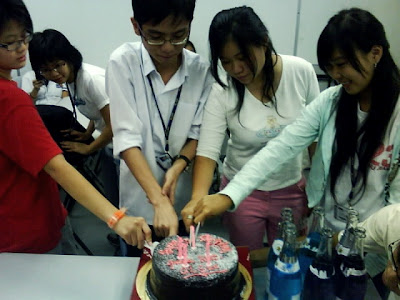 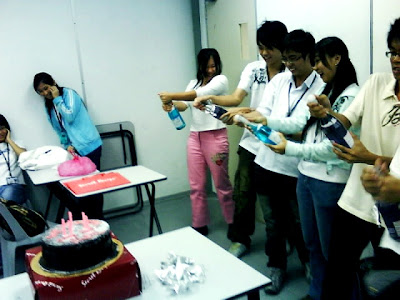 okie.
Uncle Gavin screamed in pain all in a sudden.
because…
The plastic cork actually hit on his cock.
lol. 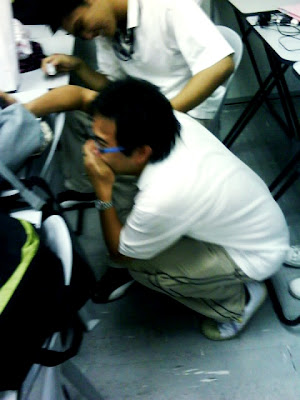 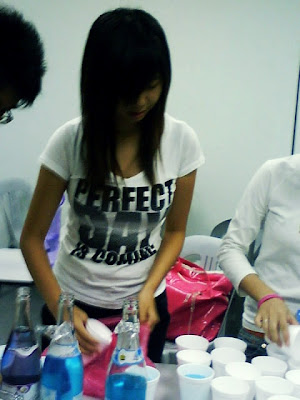 with the birthday boy and girls. 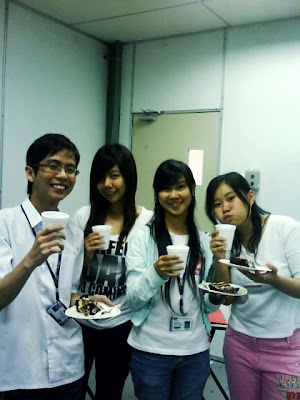 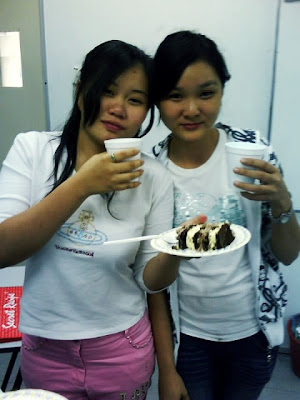 they are so effin sweet.
Model couple weih. 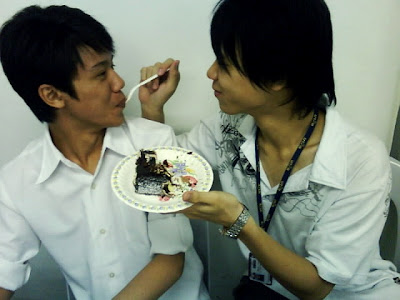 Our mama, Mei qi and us, her rebellious sons and daughters. 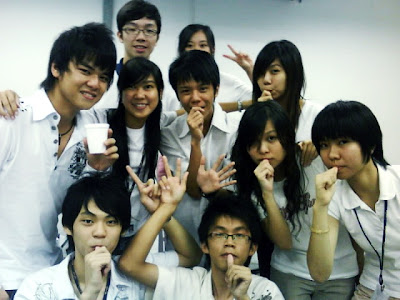 the lenglui in my class.
Lissa. 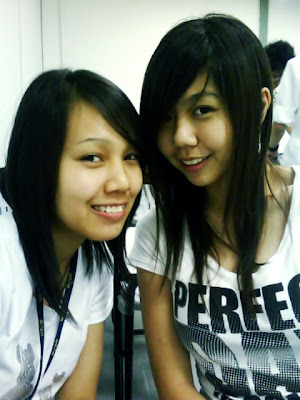 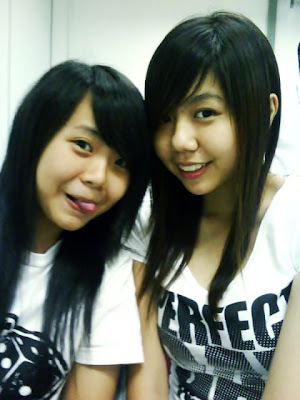 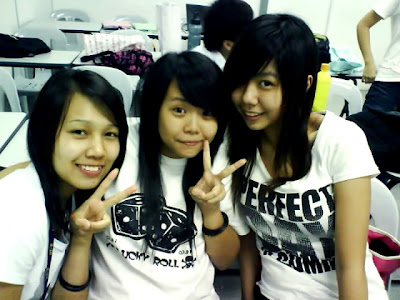 the photographer of TB1, yee wen, 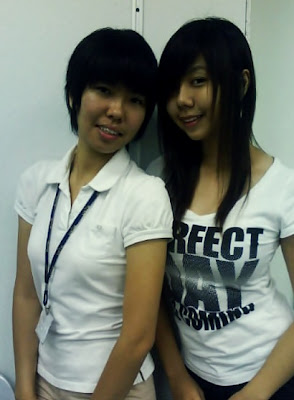 miss melissa was shocked when he saw jeff dressed up like a nerd. 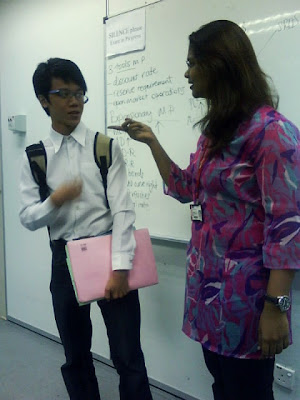 After understanding the whole thing,
she agreed to take a photo with him.
we like her! 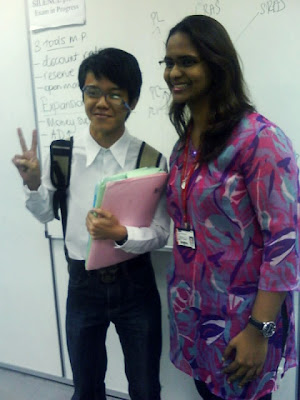 A group photo for TB1. all in white. 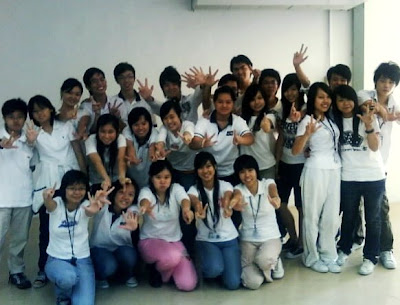 but sadly, this might be the last photo with all of us in it. 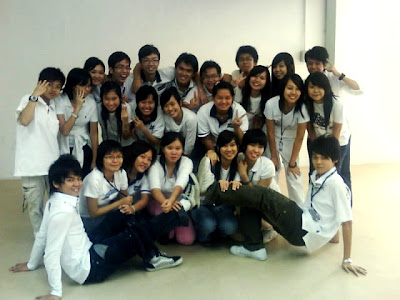 because UTAR had made some unreasonable decision. sigh.
Part 5 – Procrastinating letter

“First, TB1 became ‘dismantled’ because 5 from our class are randomly selected to enter the newly-formed TB6 …………………………….. If you want only 25 students in a class then why don’t you do that since the beginning? And now you’re making all the fuss trying to separate us. I don’t think it is fair for us (as students who actually paid to enroll in UTAR, although not as much as Sunway,Taylor etc…) to suffer the consequences of your poor management.” – Meiqi’s blog 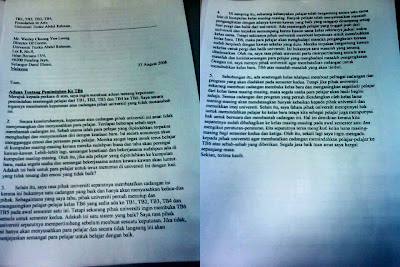 My classmates are so ADORABLE!
*excepts for a few la*
They coloured up my life in UTAR. thanks.
Therefore, I seriously don’t want to part with any of them.
TB6? nOWAY!
Oh yea. Final is around the corner. But I am currently addicted to VIWAWA- big 2.5.
I had been playing it like nobody else business for continuously 7 hours yesterday. sigh.