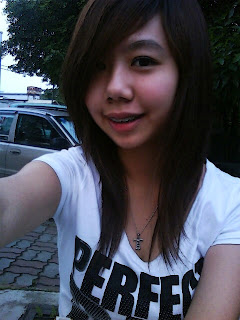 Met up with howe thoon & friend and also yee wei.
We had a long queue during registration even though we are so early.
because we went to the wrong place. * stupid chipsmore*
The lecture hall is kinda sucky! 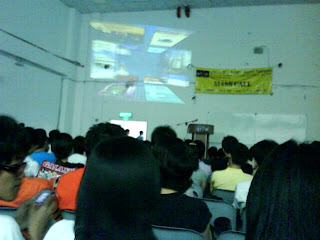 Lunch break.
went SP Corner with chianwei, yee wei and howe thoon.
It’s just the first day and I am sick of that place already. 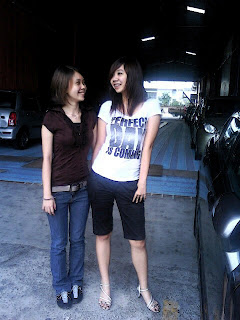 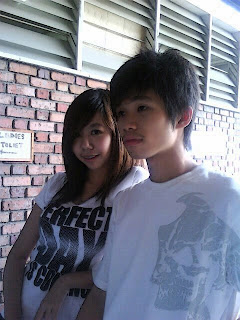 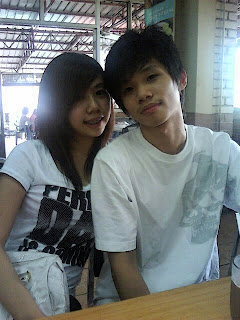 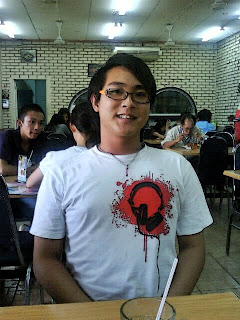 After lunch, we have the mass call.
We are called to change in to the T-shirt provided.
I changed in the toilet, and I heard so many people complaining.
” OMG, why this shirt is so big? “
damm it. It fits on me. signifying I am FAT! 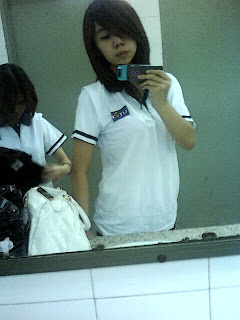 The back side of the T.
with howe thoon’s finger =) 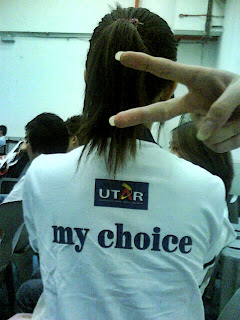 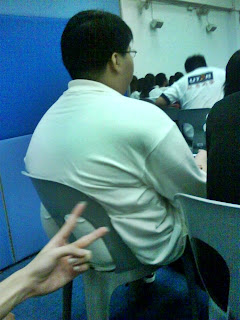 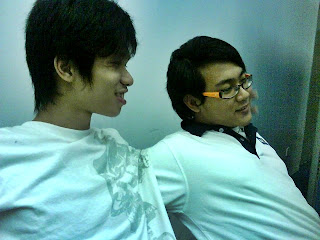 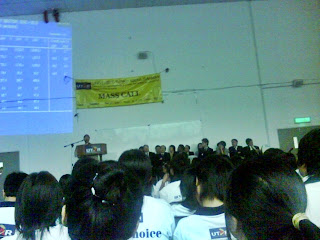 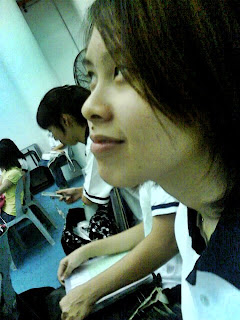 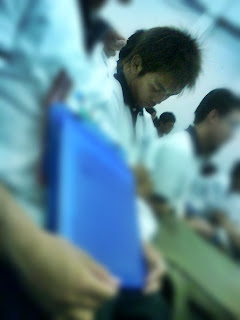 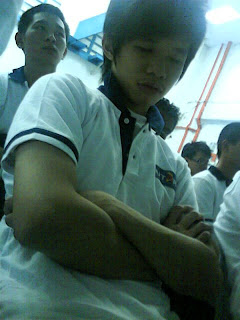 After the speech giving.
We chilled awhile at SP Corner before we went home.