monday –
screwed my english paper, I exceeded the words limit, & I kinda forget the thesis statement.
The essay words limit is 350, & I wrote about 600 words?
ahh *?&%#$@$^*!@?
used up 1 and a half hour to complete the essay.
I wrote ” a person that has influenced my life “, what the hell thesis statement should I put?
& I left half an hour to finish up with section B (comprehension) and Section C (Error correction).
I was so terrified when I realize I left only half an hour, my hand froze, I felt like I will be dying on the next second. well, thanks God I finished up the whole paper.

Night, Starbucks with Jason & Alfred.
Alfred said I have funny slang when I speak English. damm it. 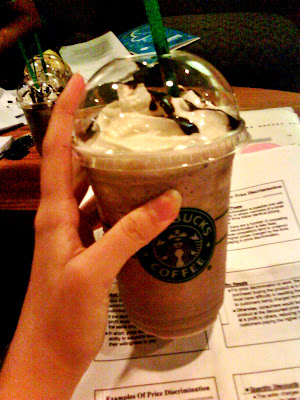 damm it, being emotional because of you?
you definitely not worthy enough for me to do so.

tuesday –
studying econ.
Nothings seems to go in to my small brain. sigh

my sister has been really bitchy lately. ish. I want to HATE HER!
she has been driving me up to the tall. Don’t tell me she PMS-ing.
well, well, she’s still my sister no matter what. arghh.

besides, there’s another new born couple.
to be exact, it’s already a month since they both together.
but, i just got to know bout her & him lately.
i would say. ” the most perfect couple I’ve ever seen”
bless you both!

will be having graveyard shift tonight. sigh!
how can I don’t hate exam, you tell me.
I have to sacrifice my beauty sleep because of the exam.

you said to me the words that I dream to hear,
but, why do I feel nothing?

the one that,
said to be one of the hottest guy in Taylors,

the dude that,
all girls crazy over.
*finally, you are taken*

& the girlfriend of mine that,
listen to all my grumbles, &
crack out jokes whenever I am down.
*thanks* 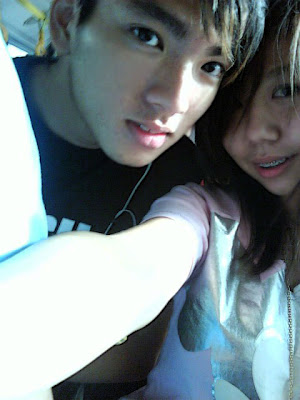 You turned 18!
Getting old, but I still love you. haha.

Joel. the best is yet to come.
all the best on whatever nuclear engineering you will be doing in the future.
as long as you don’t drop a nuclear bomb in m’sia.

Alright. Econ paper.
I had did a few silly careless mistake. *bang the wall*
& worst come to worst, the question that I can’t do is the question with 12 marks. * jump sea*
ahh. well. the others were still okay.

Hopefully I will still get an A for it.

Went Sushi king with the farmer’s couple, Ivan and yee wei after that.
Budget meal.

Get what I mean?
most the the plates taken are those that cost RM2/per plate. 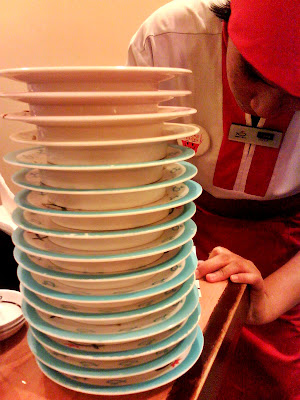 Planned to go out to study with those people then out with joel and michlee.
but, planned failed.

because,
some SMART ASS is just being too smart to drive back using Jalan Gasing.
We stucked at Jalan Gasing for freaking 1 HOUR!
God know why is it so jam.

Everyone got emotional because of the stupid jam,
( we were screaming, banging car’s window, honk like idiot, playing the music so loudly. and Yeewei banged a wira)
The driver of the wira is so funny.
He got down to check his car, and end up getting lock outside his own car, lmao!
so yea, everyone in the car were basically insane. Except for Chian wei,
she is happily Mumbo-jumbo-ing with her dear Farmer Kent. Beh tahan weih!!

& now, I ended up staying at home.
hitting the books AGAIN all by my own.