Break time. FAN said the wants to be in the guineas world record. He then ordered two plates of tauge, another two plates were sponsored by Vingent and me. and, he finished up all 4 plates of tauge which I think is tasteless. Gosh! and yea, he did eat 2 plates of it day before. but he said he haven’t get to shit still. After so much fiber, he still has difficulties in shitting, I think he got serious constipation. Fan, I suggest you to consult a doctor. 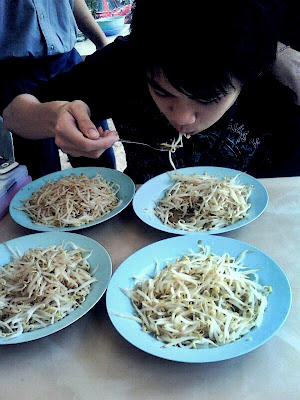 Today classes were all meaningless classes. computer studies that I had never absorb a thing from the lecture, then computer practical class. Accounts class was also a mess today, we were playing and chit chatting like nobody else business. Lecturer didn’t give any lecture today, it’s kinda a Q&A session. but well, accounts paper already past, so, forget bout it.

Arm wrestling? In the middle of the class? lol. Vingent look so small beside KING. confirm lose la! lol.

Joshua. with my bangle. 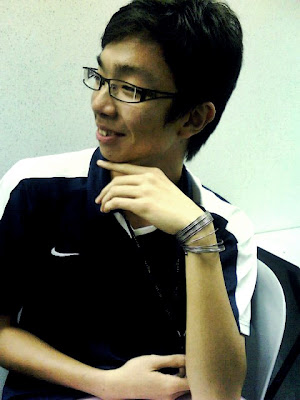 Joshua with some soft toy* maggie’s pencil case *.
oh yea, he was half female that time. 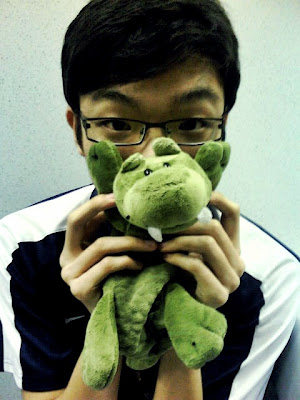 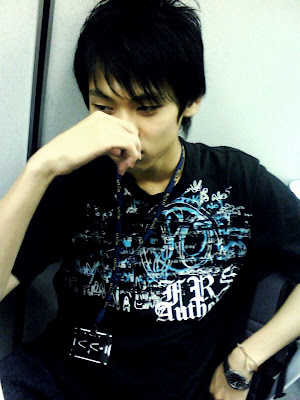 joshua, fan, maggie and me. meet up with Joel and Jin Hoong! 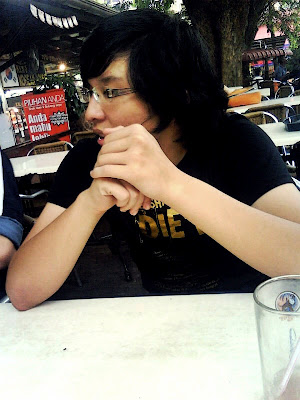 Ivan! I promised to spend him the extra extra spicy taiwanese sausage, and I really did spent him! He ate with a big cup of fruit juice.

but still, he sweat and got tears in his eyes.
you can imagine how spicy it is. 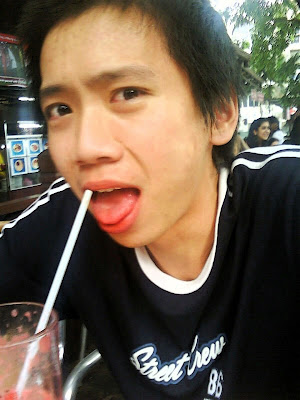 Joel! I hope that you are fine now. *hugs*

I deleted my cbox because there’s too many things that I don’t want to see appeared there. I am super sensitive to those words/craps. Those words might spoil my entire day. I don’t think I deserve that. so.. just drop me comments thru my blog’s comment box yea! =)


I am now worrying bout my chinese test on next week and my piano exam which is around the corner. I felt the stress! 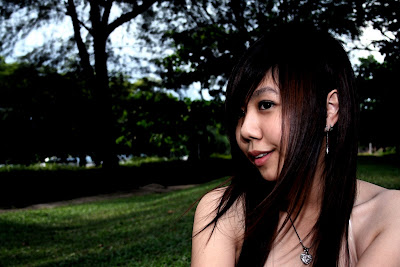 smile doesn't works all the time