but I couldn’t go any further. 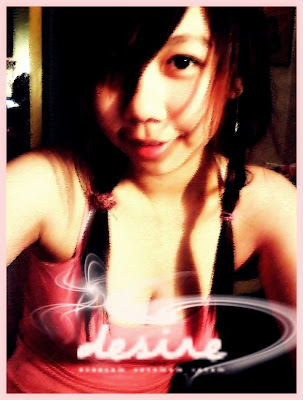 that will soon brings me pain.

Friday, I went to class with only two sheets of tutorial notes.
All lecture had finished. We basically wasting our time there.
It was really bored, and so I join Ady and the others for “cho dai di”.
I played well with the assistance of many pros.

and I saw some dramatic scene between Vingent and the girl.
I am fortunate to be there in most of the scene.
I pity that girl. I understand her condition. I tried to calm her down. yet some unfavourable incident happened, which pretty much upset me.
Things shouldn’t become like this, thanks to the two jackass that had been convincing that girl that Vingent actually likes her, and later on denied that they had said so. What a jerk?
That girl condition was so unstable, we think she imagine stuff by her own, what more when she heard that Vingent actually likes her?
How much I hope this two tomfool just go die!

Prove that I am taller than Vingent on that day. 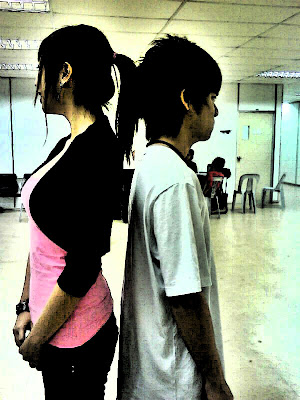 I need transport home and someone to accompany me for lunch.
and Jin hoong was kind enough to take taxi from ss15 all the way back to his house to take his car just to fetch me. We met up at Pyramid. & he brought michelle and joel along. I was so happy when I see them. Thanks JH.

Had lunch at Kim Gary with JH, Joel, Michelle, Chian wei. (Justin joined us later on)
– I had a heavy meal. *guilty*
spare tyres are coming out. oh oh.

I love hanging out with people who is close in heart with me.
What will happened next year?
when I move to Kampar.
when Joel go to UK.

Will we still able to keep in contact no matter how busy we are like now?
I felt gloomy whenever I thought of all these. sigh.
Maybe instead of feeling heavy hearted, I should appreciate all the time we having together now.

Our heart linked.
we both wear pink spaghetti top.
*hearts* 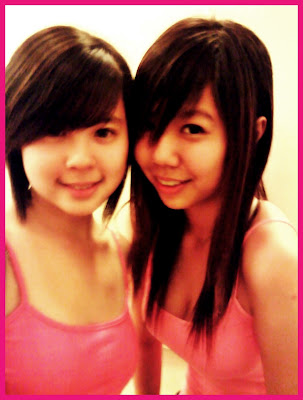 supposed to go for sports with her.
but plan failed.
nvm babe, next time will do =) 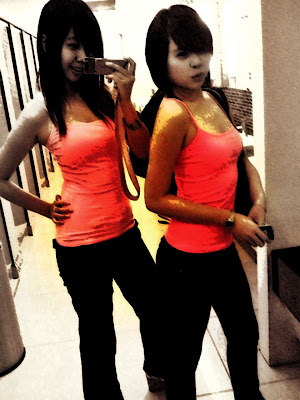 and,
Hyperactivity can be described as a physical state in which a person is abnormally and easily excitable or exuberant. Strong emotional reactions, impulsive behavior, and sometimes a short span of attention are also typical for a hyperactive person – Wikipedia
I have most of the symptoms above.
I had been really hyper since after my piano lesson.
If I had annoyed any of you. forgive me. *trying had to control myself*