I participated in Larian Perpaduan Merdeka 10km run after being informed by Piong. Since he said we don’t need to pay a single cent and it’s a really good idea for me burning some calories.

Reached UTAR around 6a.m.Then left to Dataran Merdeka by UTAR bus. ern, nice knowing Meng Leong. not that I don’t know him before that, just, it’s the first time I really talk to him.

Meet up with Yong from UTAR Setapak.

The run start on 7.45, flagged off by Y.A.B Dato’ Seri Abdullah Haji Ahmad Badawi.
I had seen him a lot in newspaper, tv, text book.. etc. But it’s my 1st time to see him in real life.

Starting of the run was okie.
Till my stomach started to cramp, I knew it’s because of the girl’s-every-month-business. Damm it! The worst is yet to come. I fell down, and my knee is like… “keep bleeding, keep keep bleeding.. ” inner mologue – “shytt, why at this time? and I fell so hard, I wouldn’t be able to swim for at least 1 week. how to burn fats? damm it!”

& Therefore, I didn’t really run. and I didn’t sweat much even though I completed the 10km. So not satisfied, but I would say I am lucky enough to have 2 macho guy accompanied me all way long – Yong and Wei Chuen. I knew Yong can run if it’s not because of my existence. It’s really sweet of you. Don’t worry, you had take good care of me.
I should have take a photo with both of you la! =) 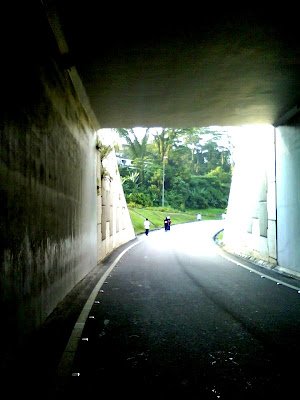 Hazel. she was in a very good condition.
and she got 44th among thousands people.
*applause* 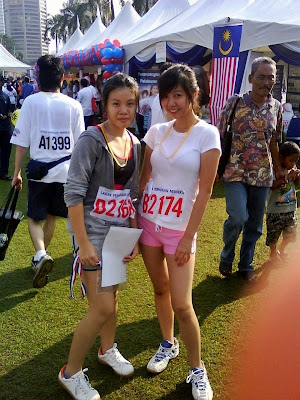 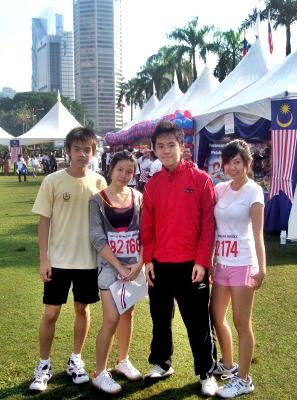 the whole big gang of UTAR-ians. 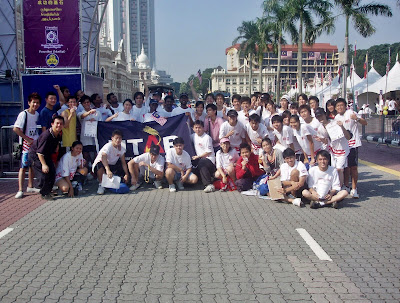 in the bus BACK to Utar..

*mengleong, don’t kill me.*
this is the “very interesting photo of you”
which Hazel and I were actually talking about just now. 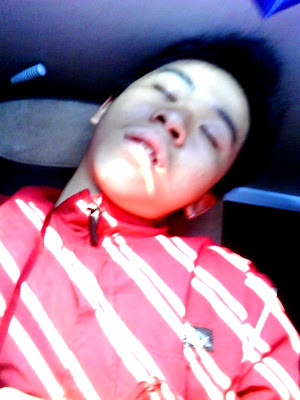 I suggested to go for breakfast/lunch cause I need to wait for my mom. Meng leong suggested us to go to the “Lorong Seratus Tahun Curry Mee” located at SS2 since Hazel and I were searching for a place with air-cond and nice food with a cheap price.

No doubt that place is really comfortable.
The food is delicious and the pricing there is reasonable.
I bet that’s the reason for the shop being recommended by HO-CHIAK.

Meng leong with the curry mee which said to be DAMM NICE. 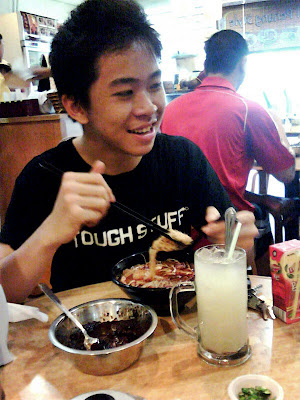 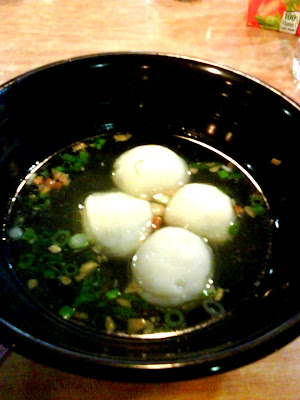 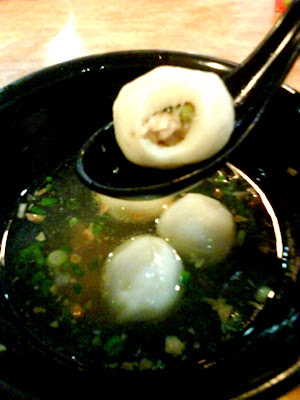 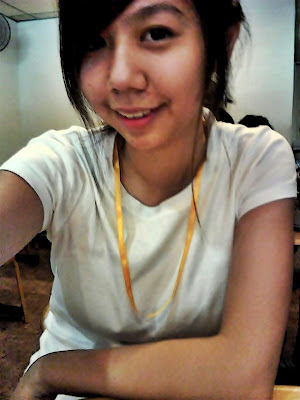 Meng leong got someone to bandage my knee when we were still at Dataran Merdeka.
At first I refused to get bandaged, cause I know it will hurt even more.
still, I went for the bandaged.
It’s was so freaking embarrassing, people were looking at me.
they might be thinking
” This girl damm clumsy la!! ”

a pic of my bandaged knee. 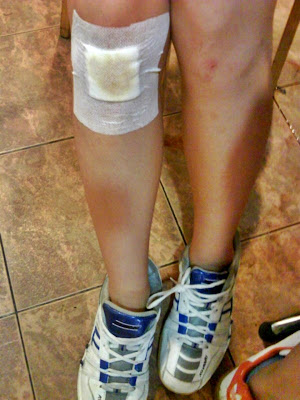 After eating, Meng leong fetched me to Hazel’s house. We had a girl’s gossips session, had fun talking to her. =) and later on, mom picked me up from Hazel’s place. She saw the bandage on my leg, and she said she couldn’t believe that I didn’t cry when I fall. lol. * I am 17 already, grown up la. haha *
Well, I am looking forward for another run. I now got to start to re-build my stamina which had dropped tremendously since I stop my swimming training. I will be jogging quite often now*hopefully*. Anyone like to join me?

Random picture.
It had been awhile since I post up pics of me with my pinkish spec.
lol. He said I do look nerdy with it. what do you think? 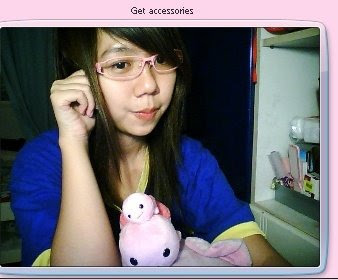