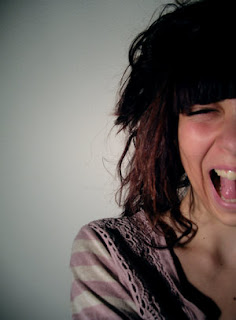 allow me to scream!

He said he is stress because he is not sure whether his choice of studying accountancy and finance is right.
He said he not sure whether business really suit him.
As I know, his parents want him to be a chattered accountant.
& he is stress-ing over his future. He said he scared he will regret.
I don’t know how to help him. It’s his future & he had to decide himself.
He later tell me he should think thoroughly again himself & not to disturb me.
WTH. what I’m to him. I don’t mind to be a listener when I know i failed to give advices.
Later on he text me again.
saying that he is okay already.
He told his college’s friend what’s pulling him down and they council him.
Alright, guess his friends is more useful than me.
I’m so useless that I couldn’t cheer him up.
And can’t even be there for him.
He said he don’t want to disturb me. guess It means he don’t need me.
I feeling bad for being such a useless girlfriend.

I don’t feel good since the day he start his college.
I heard fucking lots of rumors that he asking girl’s number, this & that.
Since he is denying all of it.
I know I am not suppose to believe in all those craps.
Instead, I should have faith on him.
But I just lost control after looking at myself.

I don’t know how should I react.
can i like… get freed from all this?
I am dreaming over a fairytale relationship.
Love, which is sweet & simple.
and. Happy ever after.
with no jealousy, fights, misunderstanding and …………..