TZIAAA
Had been wearing make-up a lot these days.
er. I don’t use make up at all last time. so…
4 times per week is really a lot to me.
Make-up free.
clean face with hair pinned-up!
lol. that’s me at home =) 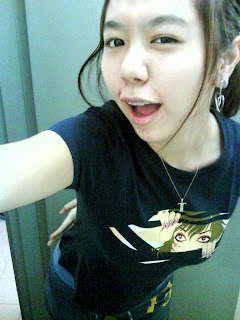 I look like pig.
many people told me that.
hmmm. 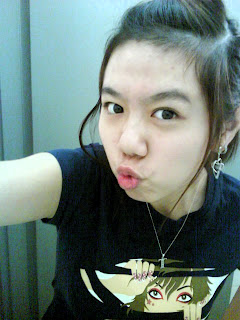 I received letter from UTAR today.
*EXCITED* wtf.
I’m offered to pursue the course I chose there.
why UTAR?
LOL. there’s no where to pursue chinese study other than UTAR.
*there’s one at JOHOR, freaking far*
why CHINESE STUDIES?
my interest.
some people understand the importance of chinese.
know what I can do after my study.
and gave me lots of support.
and some people just don’t understand.
they are like…. huh? ! chinese? why… useless lerr.
*just like howe thoon*
he told me this last night.
hmmm. whatever is it.
I love it and so I’m studying it.
That’s all. 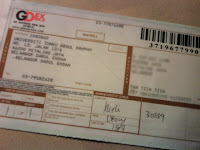 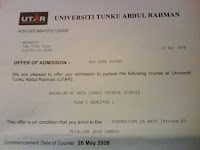 Last night was a bad night.
Dad reached home early.
and I was laying down on the sofa watching my favourite korean drama that time.
He chase me off and said that he wants to sit there.
I was pissed, cause there’s so many other places to sit, but why there.
& so I showed tempered.
Dad starts to show his tempered too, scolding me for not being polite. wtf.
I ws speechless and so I keep my mouth shut.
My sister start to fight back. saying my dad is the one who being rude first.
My dad got mad and switched off the tv. wtf-ness wei.

My sister and I was damm pissed off.
I msg-ed my friends.
They asked me to chill.
and understand maybe my dad had some problems during work that’s why he’s acting that way.
I couldn’t accept it at first.
I keep insisting that he should respect me.

Awhile later,
I’m able to chill.
I think back what happened.
& I guess I don’t deserve to be respect when I didn’t respect my dad too.
and yeah, he must be tired after working the whole day.
sigh.
I guess I really got to learn being more understanding.
and not simply showing tempered.

My sister and I did this.
when we locked ourselves in the room.
We draw it using only cosmetic.
Lipsticks, lip gloss, eye shadow, eye liner, mascara….
wtf-ness. 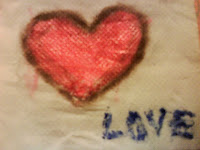 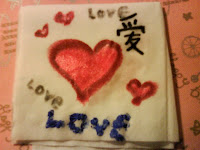 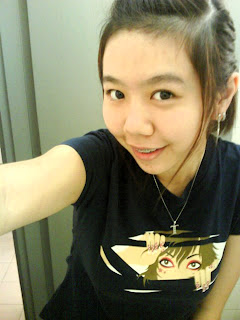