TZIAAA
Because of all the pain you cause,
I am now so much stronger. 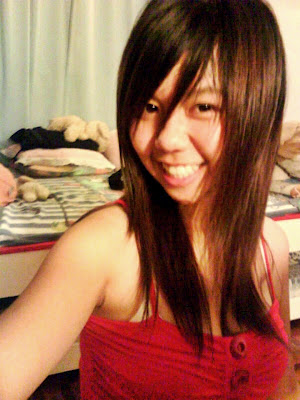 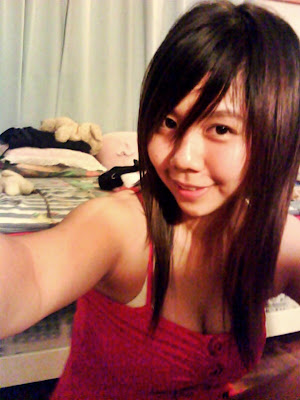 My day started with “chor dai di” session. Everyone were so charged. lol.
Vingent’s girl wasn’t as aggressive as before anymore, and that’s a really good sign.

Break time, we went to PD.
Fanny challenge me to finish 1000ml of milk in once.
I took up his challenge, and finished all of it in less than 10 minutes.

I kept running for toilet after that. 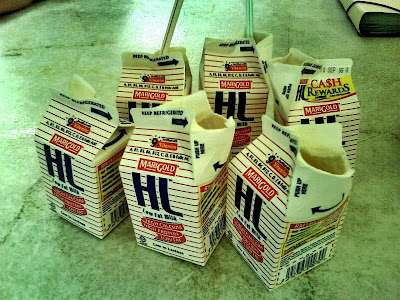 Fanny and I, the two 17 years old kids had been bad today.
Our talks full of “COLOURS”.. haha. 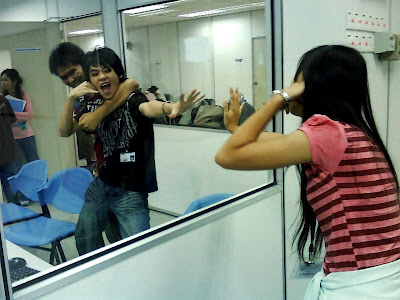 I somehow find life in UTAR getting more and more interesting!
I am loving it =) & FRIENDS play an important role in changing my perspective towards UTAR.

Back home, Adele came to pay me a visit.
It’s been awhile since we hang out together though her house is just 5 mins walking distance away from mine.
We gossips, and laugh. I love talking to her, I can talk to her bout everything.
She is just so sweet! del, I love u =)

the sayang!
( at the field opposite my house ) 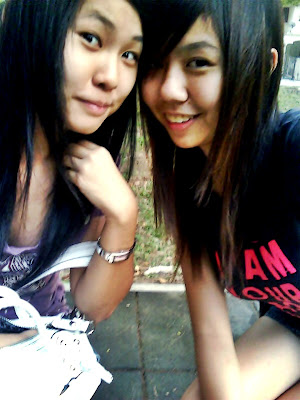 An incident that happened today.

Before I continue this, I would like to emphasize that whatever I said now it’s just from my own point of view. I was told not to spread this, but sorry, your friend had just got me on fire. And I am posting this just to correct your point of view of the whole damm incident.

So yea, I saw two fellow, obviously one male and female(laying on the table?) Okie. nothing much, just why are you so scared that we actually video the whole scene? because you did something out of place before and got video. I SAW THAT VIDEO JUST TODAY! lol. I know it’s a bit late but well.. haha.. and that’s the reason why I intended to video what I saw and it’s plainly for the sack fun. I will never upload it to YOUTUBE, cause I don’t think it deserve a place in YOUTUBE. I would rather have LEAH DIZON videos up there.

If you want to argue saying that I am invading your privacy. sorry! I am not apologizing but feeling sorry for you both because I don’t think it’s call privacy! In such open area? hell no, if you want privacy, do it at home, or, you can go to the hotel. ern, PJ got lots of hotel. Nobody will care what you both do there, cause that is your PRIVACY as we are all grown up it wouldn’t be a surprising stuff to most of us. If only we go to the hotel and took video of both of you bermesra-ing, we are in guilt as we invade your privacy. & I heard that you both want people to respect you all by deleting the previous video. hmm, I think you both should respect yourself 1st before asking others to do so. Yesh, we know you both are couple and there’s desire. but people, that’s an UNI. Desire? it can be overcome with a kiss on cheek. Tahan till you get home la.!

And your friend came out to warn me with a raised voice after realizing our existence?
Mr, you as their friend, aren’t you are suppose to advice them not to misbehaved in Uni? but instead of that you raised your voice on us? well, I am speechless about that and got a little unhappy. hey! I didn’t do anything wrong but why are you raising your voice? Correct me if you think I am wrong and tell me why.

I also heard that many of your friends had advice you both not to do so in Uni but you both didn’t seems to take those advices seriously, and that girl said ” why we couldn’t let others know we are couple”… (okie, this is just what I heard and I would like to comment on it)
Girl, we do not need to do such stuff to prove that we are attached. People will know when they see how the guy cares for you. By doing those stuff, people will think ” ish, I think she have no confident, she doing that just to let others know she is attached to boost her own confident.” That wouldn’t be nice right? Accepting others advices will make you a better person. =)