TM (Telekom Malaysia Berhad) has just unveiled and revived their interactive multimedia site, HYPP TV (www.hypp.tv), the 1st broadband TV in Malaysia which allows us to enjoy smooth streaming online video as there’s almost no buffering time and the quality is definitely much better than most video sites. It’s basically similar to Astro but instead of Astro on demand, they have their very own video on demand. You can now enjoy your favorite programs anywhere anytime, even in the LOO, as long as you have the WIFI.

Me and some of the other bloggers were invited to the launch last Saturday at the LAUNDRY in The Curve. 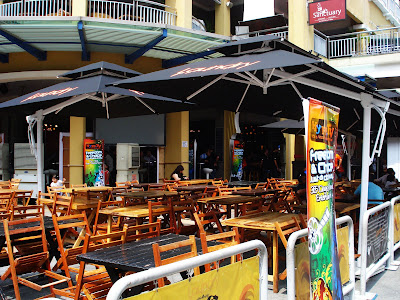 Registered at the booth set outside Laundry, and got a goodie bag which contain of TM paper clip, TM t-shirt, TM CD holder & also a Hypp tv CD. 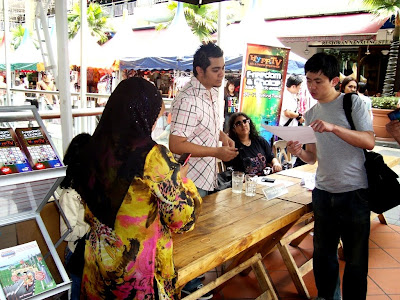 The most interesting part, is that we, the bloggers, were required to attend the launch in costume. That explained why I turned into a Cat woman.

Cat woman and the king of rock and roll – Elvis Presley
Well, he now fancy DSLR more than his guitar. Tech-savvy. Lol. 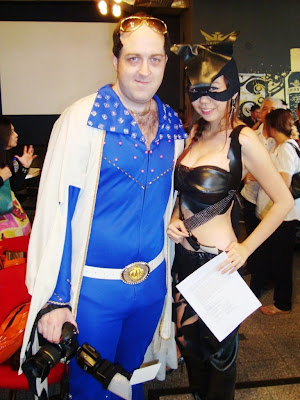 kinky blue fairywas there too.
But I am not so sure about her costume. 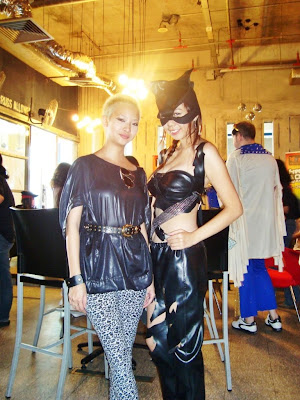 & huaibin, turned out to be Jack Sparrow from Pirates of the Carribean,
without the beard. 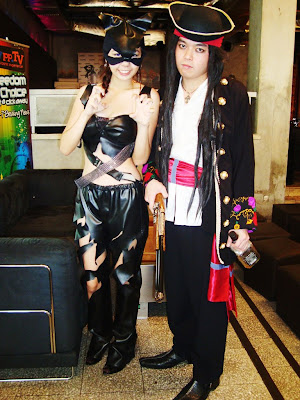 ringo got herself dressed up too.
But, I guess just that I don’t recognize the person she’s imitating. 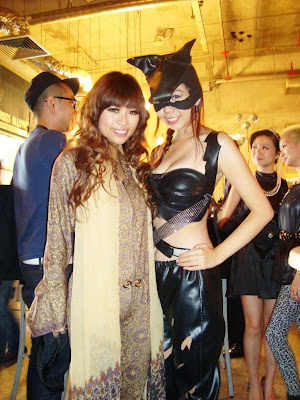 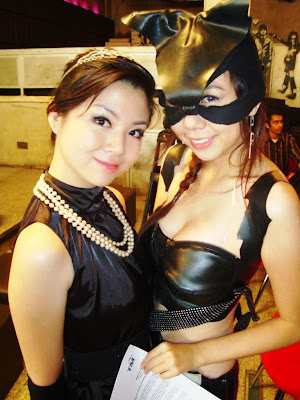 The event officially kicked off with the emcee calling on an opening act, a break dance performance by the Floor Fever dance crew. 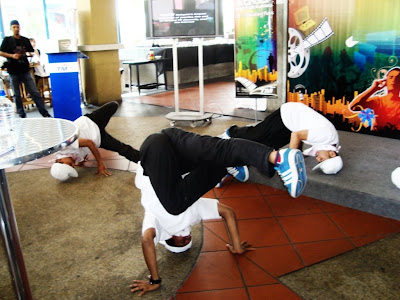 A one hand stand. 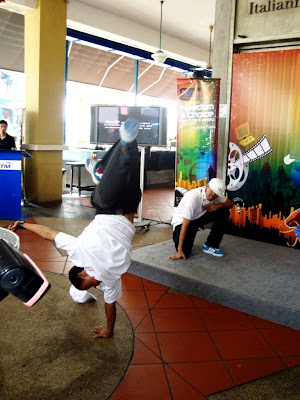 When Mr. Kung pulled the sticker off, 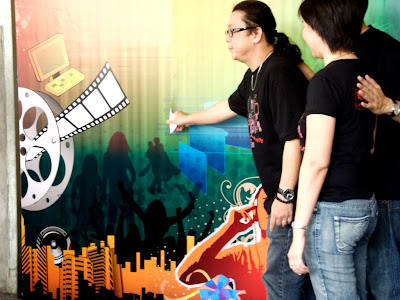 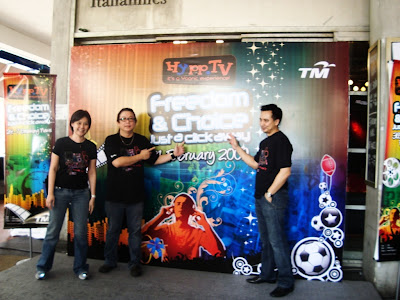 In addition to the wide variety of channels on offer, subscribers can also have access to:

There’s seriously too much to be listed here, so go check it out at www.hypp.tv or www.tm.com.my

Tempted to subscribe, but afraid that it’ll be expensive? Don’t worry, subscription fees is less than RM10. Unbelievable, no?

Yea, Streamyx subscribers can now sign up for Hypp.TV account at www.hypp.tv for free, and pay a flat rate of RM9.90 per month for all content. Monthly subscription fees will be included in subscribers’ Streamyx accounts.

It’s just so simple. What are you waiting for now? Get yourself freedom and choice just a click away. Oops, let me continue about the event now.

Yea, the event then continues with a press conference.
Now I know why Elvis is with DSLR. ;) 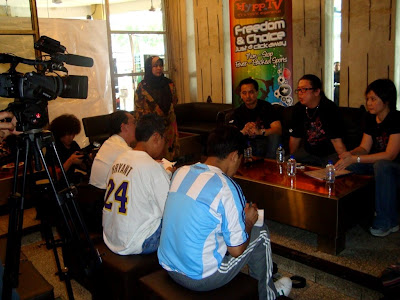 Before that, a photo of all the bloggers who are in costume was taken. 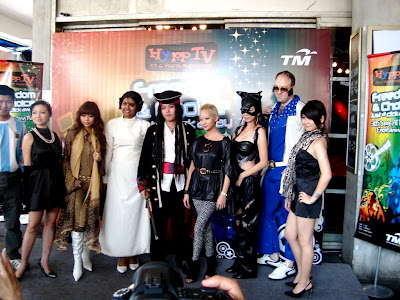 Followed by the best part of it, F-O-O-D!
The food is good, no joke. 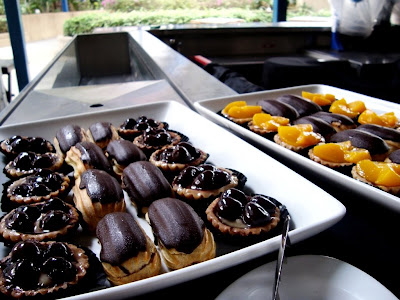 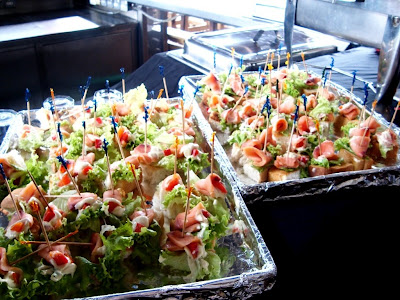 After filling up our stomach with the delicious food, the bloggers took a photo with the team from TM. 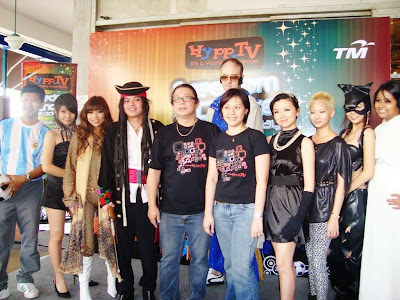 Take 2. With pose some more, wahh. 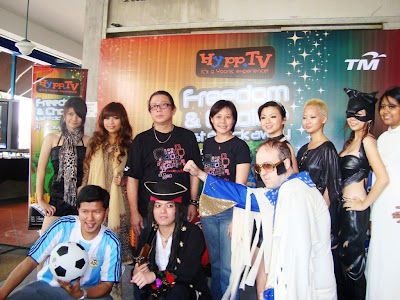 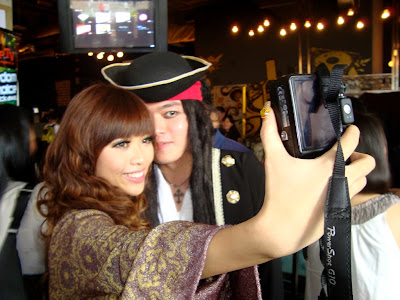 Q&A session.
The emcee was kind enough so pretty much every participants got a goodie bag. 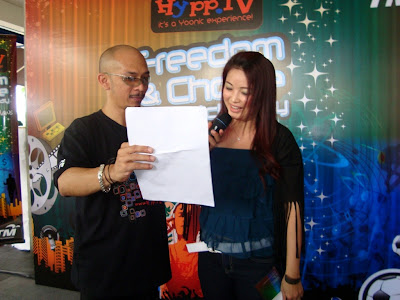 Event officially ends after that.
The launching event is well planned and simply awesome.
No doubt that I had enjoyed myself a lot. ;)

who is your true self

Own an iPhone with just RM104

How much do you care?