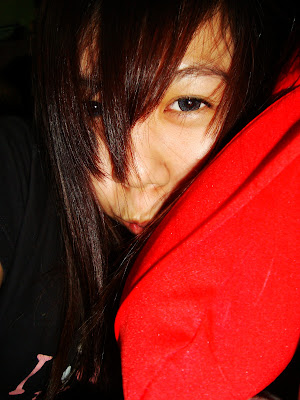 Final exam is just around the corner. It’s my final sem’s final exam.
Then I will be leaving to Kampar to continue my degree course.

I face a major culture shock when I first came to UTAR.I seem alien to many, and failed to communicate with them. There’s even time that I got really disgusted by them and start wondering why am I hanging out with those people. Slowly, with the help of Maggie I started to accept the way they are. I even find these people less complicated and rather interesting later on. They made me smile by their random insane act. I feel very comfortable being together with them.

But hell, shits still happened. yea. As just when I start to get closer with them, my nightmare begins.

I am one that forgive and forget easily. & I always thought it’s a good thing. There is someonesome people somehow make me realize that it’s never a good thing. People often take things for granted, you see? I got scared off, never thought that people can be so disheartening.

& like what Maggie said, “I dare not risk getting closer with people”. Maybe, I should realize this much earlier. Then, all those heart breaking can be avoided.

I don’t know whether I should feel grateful that all these are going to end real soon.
It’s all coming to the end. & a brand new life will be starting soon. Guess, I will be missing all those laughter these people brought to me and also the great performing skills which once colored up my life. And also, a few sincere friends of mine there.

This place has became a major eye-opener for me. It’s still a pleasant experience, despite all the heart break shits, it’s undeniable that I had also learned a lot from these people.
No doubt, it’s going to be one of the most important part of my life.