My siblings love sushi, and I promised to bring them to Sushi King today.
Yeewei together with Ivan came to my house and picked us, siblings and me up. Ivan suggested Summit USJ’s Sushi King simply because it’s the nearest.

Reached there around 5.30p.m. There’s only one or two customers in front of us.
We got sited after awhile. I got disappointed.

– There’s not much choices as there’s only a few types on sushi on the belt.
– Most of it is not fresh and appears to be unsavory. ughhh.
– The waiter there is simply ill-mannered.

One word, KNS.
*no photos, because I left my camera’s memory card at home*

I told myself, I will never go to this outlet anymore.
Had a “few” plates, & I suggested to leave and go to a better outlet.

Then, we headed to Subang Parade’s Sushi King.
The queue was scary, but Thanks to Yeewei’s who works over there, we got the best sits. 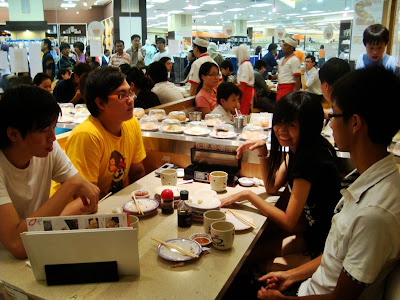 The sushi served there is million times better.
Fresher and much more appetizing ;)

We were all satisfied. 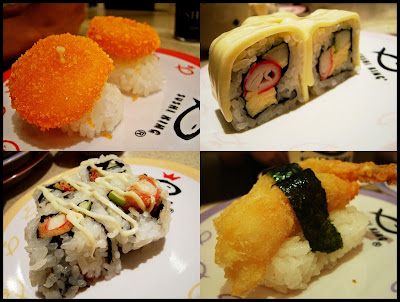 As a conclusion, if you are thinking of having meals at Sushi King.
Never choose the one in Summit. ;)

p.s. – Mathematics is much more interesting than what I thought it is. ;) Thanks to Miss Khoo.

10 ways to experience the real BALI