I am doing a food post now, an awesome one because I am now starving in the room of mine at Kampar. All that I had in my mind is food, food, food & food. I need food, desperately.

So yea, the other day before I got back to Kampar, the boyfriend’s classmate, Ali who is from the middle east country, suggested us to have our dinner at Hadramawt, Chulan Square. Agreed, so the four of us, Ali, the boyfriend, yours truly & melaniehwa went to the suggested restaurant.

They are known to serve the best Yemeni and Arabian food in town.

The boyfriend and Ali ordered so much, & these are SOME of the food we ordered.
The first one is Hummus, the boyfriend’s favorite.

The hummus was made of chickpeas, olive oil, lemon and etc. I dipped the pita into the hummus, put it into the mouth, and almost puke on that second. Because, I thought the taste was extremely odd at first. didn’t want to try anymore, but got psycho-ed bout how nuticious and delicious it is, i decided to give it another try. & surprisingly after a few bite, it wasn’t that bad. It tastes a lil like blended peanut cream with olive oil.

i didn’t know it’s mutton, so I ate it, no smelly lamb odour, & it tastes like chicken pie with spices.
*thumbs up

It is made from minced lamb and herbs, I don’t favor mutton, so I did not try.
However, according to the other 3 it’s very yummy and doesn’t have the typical strong lamb odour.

It wasn’t dry like what it seems to be, in fact, it’s juicy!

It includes the lamb kebab, chicken kebab, beef kebab, grilled shrimps and my favorite, the fish fillet. It has been all marinated before it’s grilled. I was very much in love the grilled fish fillet. It’s tender and sweet, awesome. However, the 3 of the prefer the lamb kebab more, I have no comment since I don’t eat mutton.

After filling our stomach up, it’s tea & shisha time.

on the way of getting diabetes. wee!
look at the amount of the sugar in the small glass. *smile 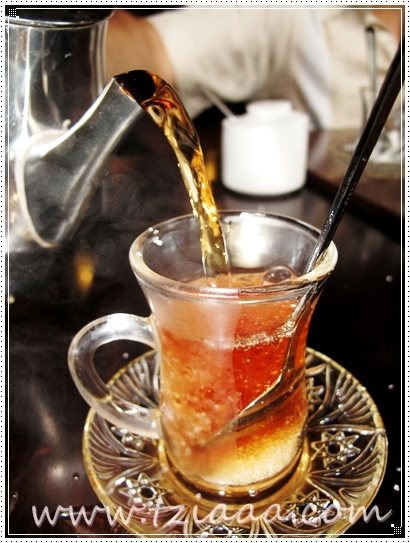 this is the first time, me, smoking, shisha.

mel & ali had the watermelon favor one.
while the boyfriend and I had the cocktail favor one.

but it’s like no different cause I tastes nothing.
& I wonder why the smoke i blew out is so lil compare to the others. =(

after awhile, i felt like the room is spinning, yes, i started feeling giddy after a feel puffs.
gosh, I don’t feel good at all.

like what my lil sister say, pay to torture yourself. very true.

the bill turns out to be rm227.70.
thanks, Ali for suggesting this awesome restaureant & the boyfriend for the great meal! ^^

10 ways to experience the real BALI