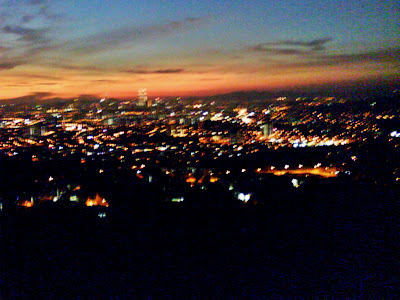 Yesterday went to AC with Adele by taxi, after a pool session with her, she meet up with a bunch of friends that I don’t really know, I feel awkward and so I left earlier.

I have no transport home and I really have no idea with what I should do.
Rang up a few person, they say they don’t have car with them at the moment.
In the end, I called baby chelle. She was having lunch with her classmate, but when she knew that I am alone, she straight came to meet me up and fetched me home after picking Joel up.

I really do appreciate that, babe.
& I am really glad to have you. Whenever I need someone, you would be there. I love you!

Around 5pm, zhiji came to pick me up. Along with reuben, and shinyee we headed to Ampang, a place that is known as “small genting “. ( chris and his friend followed behind our car).

after 1 hour plus we still haven’t reach that place, and Zhiji announced that we are lost officially.
– None of us had been there before.
– We go there by a map drawn by Reuben, a not so complete one.

They even use their used GPS, but failed.
We still unable to get there though we had asked a few pedestrian for derections.
We end up ask a taxi driver for help, he is so kind and lead us there without asking a single cent.

shinyee and I were camwhoring. 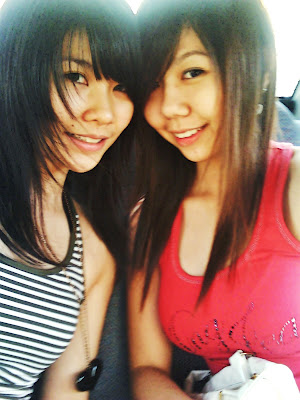 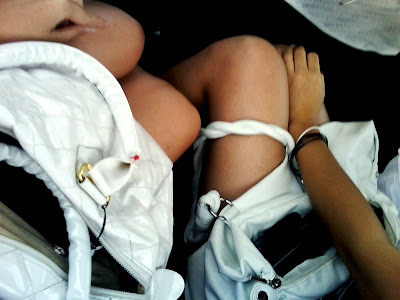 We reached there around 8pm.
*sigh, I told my mom I will be back by 9pm, I knew I will get screw already *

Scenery there is no doubt a total awesome. 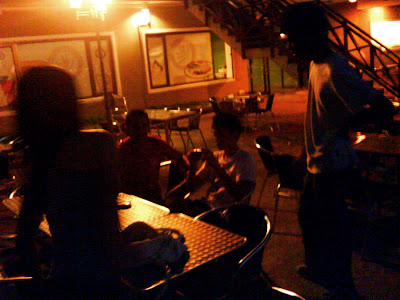 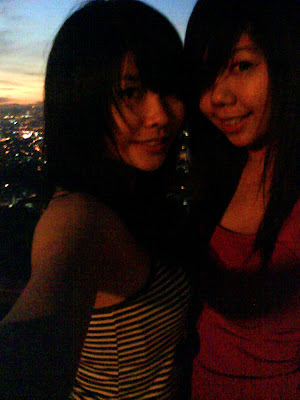 We went to Gasoline for dinner. 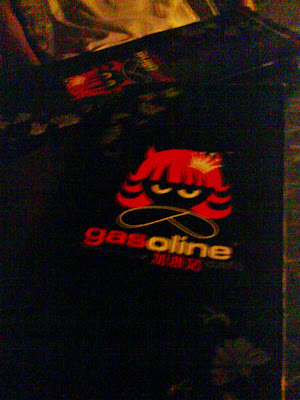 funny incidents happened, thanks to Chris. 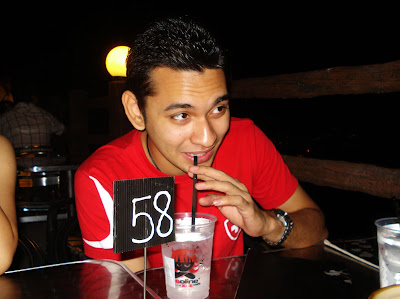 He poke a cat with a fork, the cat ran so quickly and scared the man behind us.
*he shouted so loudly*

When we were taking photo, Chris said his friend need extra flash because he is a black indian =.=” He was like ” Eh, I finally see you in photo, … because… got flash… haha !”

after dinner, the waiter walk out with the cake with the birthday song being played.
Reuben was acting as if he was shocked. ” OH MY GOD, you all actually do all this for me? “
* ahem, actually, he already know the existance of the cake, just plain acting. 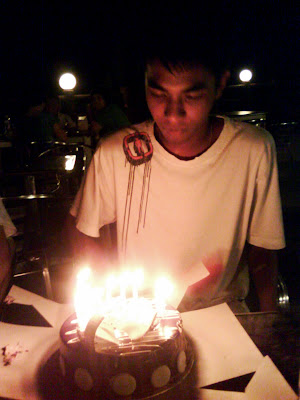 Zhiji pushed the candles into the cake and then pestered Reuben to take out all the candles from the cake using his mouth.

Reuben has no choice but to do so. 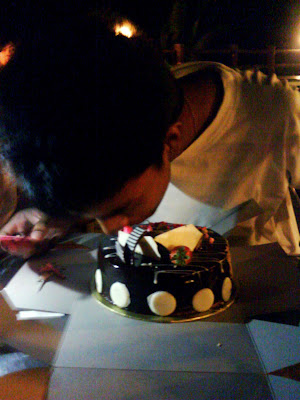 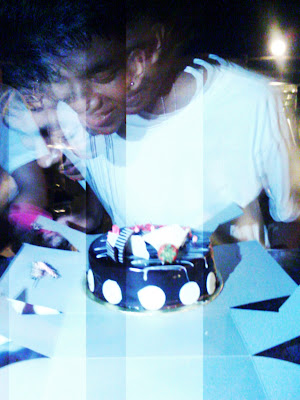 After dinner, we walked around the place and chilled. 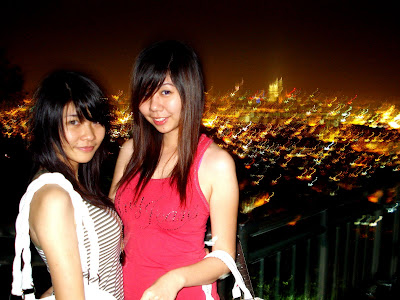 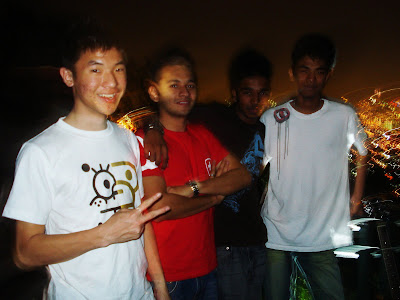 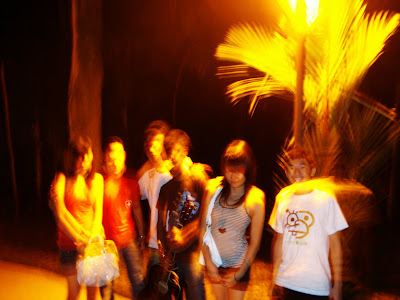 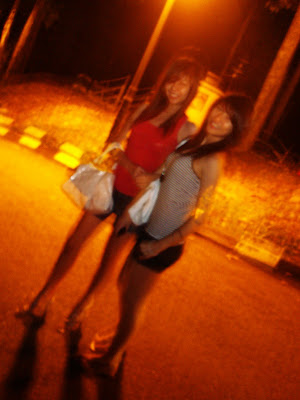 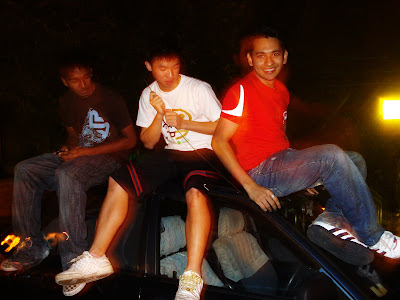 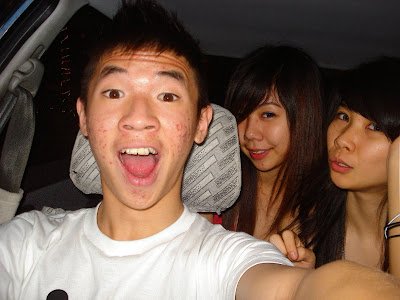 Around 10, we start our journey back to Subang, and that’s when the accident happened.

We stopped at the traffic light. *obviously because the traffic light is still red*
We were talking happily and suddenly we heard a loud braking sound.
shinyee :” wtf!!” and then I turned and looked back.

on the next second… ” phangggggggggg!!!!

some fucked up Van driver actually bang us from behind and cause us to bang the car in front, wtf, he blind or what, the traffic light is still red lo.

The pusillanimous van driver tried to run away, and when Zhiji and Reuben managed to confront him.

what the fuck attitude is that?

look at zhiji’s car.
crashed front and back.

* luckily you didn’t drve your honda out * 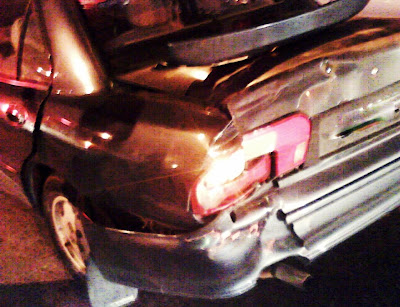 When they are settling. Shin yee and I suddenly realize it’s already near 11pm. and we promised our parents will be back around 9.

Gone case la! we start to call people, hopefully someone will manage to send us home.
*Zhiji said he could send us home first, but he seems to be very stressed up, so we said it’s ok.”

I have heard many ” I will be there whenever you need! ” * B-U-L-L-S-H-I-T *
Faker! No point calling me and act as if you care so much after I get home.
I am glad that I see the true colours of you people today.
Nothing else, but disappoitment.

I was so panic-striken, I had never involved in an accident before. Thanks God the stupid Van breaks earlier, if not we are gone.

I was unnerved, worried that my parents will be worry and blame me for being late.
* I couldn’t tell and let them know I was in an accident, otherwise, they would be dead worry and wouldn’t let me to follow my friend’s car anymore, though my friend is not the one in fault *

I reached home with my sprained neck. like what i expected, I got screw badly.
I don’t know what to do, and, so, burst into tears.

Yeah, Voon hee was the one who fecthed us home.
Shinyee call up her keryi, and keryi asked voon hee to pick us up.

and it was when they are celebrating voonhee’s birthday.
yeah . it his birthday yet he came out just to fetch us. you are so so kind.
Thanks 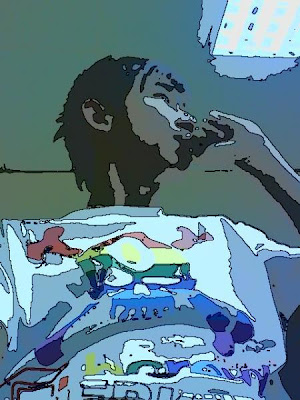 THANKS TO THOSE THAT REALLY CONCERNED.
I am fine, not dead yet, just sprained my neck.
I am just scared no big deal!

P/S. yong hui, thanks for your oilment.