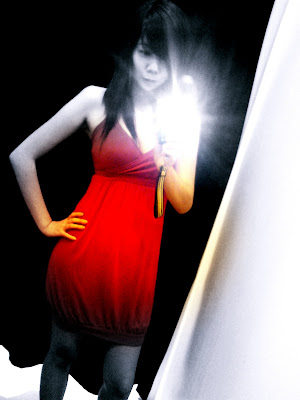 Sometimes you have to forget what you feel

and remember what you deserve.

Waited for bus after class with Maggie & Emily at the bus stop. we reach the bus stop on 9.54am. waited till 10.oo and there’s still no sign of bus coming. Maggie suggested to wait until 10.15, if there’s still no bus only we take cab. it’s was fine with Emily and I since we are not in rush. The next time we look at our watch. it’s already 10.20, so, Maggie suggested to wait for awhile more. We agreed.

meanwhile, Emily and I were…
humming songs,
playing scissors, paper, stone, yea, wtf…
bullshitting,
and looking at those driver that turn their head 90 degrees just to look at us.. & a conclusion make is that, most of those people that turn their head “180degrees” are trucks or van driver…

just before, we almost call for a taxi, The bus came. lol.

The sun shines right on the right side, and so we choose the seats on the left. Emily and I coincidentally sat on the handicapped sits. things were fine, until…

this uncle came up. 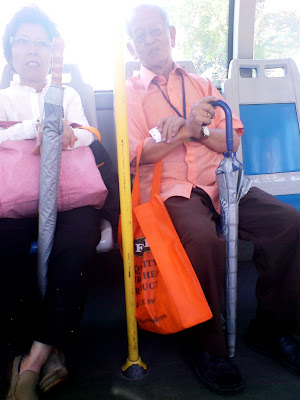 *note – there are plenty of sits opposite us. and the sun turned to shine on us that time.*

that uncle came up and stare at us.
we were like huh?

he said :” you know what is that? *pointing at the handicapped sign*”

he then said :” yes, and you are sitting on my place.”

all of us stunt.

met up with SAM from setapak at asia jaya bus stop, and took another bus to pyramid. suppose to go out with BEN, but he ffk me due to some more serious business.

yea, and so tried to ask someone out the day before.

thought Michelle, well, she will be busy with Joel.
thought of Adele, nah, she will be half awake after those sleepless night.
never thought of SHIN, cause I know she’s working =)

sigh, girlfriends all busy, and so I try my luck by asking guys out.
I sent msg to a few guys….

yonghui – my gf… aiya,.. you know la….
good friend also tied tight by his girl.
& hello yonghui’s girl, I won’t rampas him ok? he’s not my cup of tea.

when I almost give up, and thought maybe I should just stay at home…

my phone rang, ” msg for you darling ”
and SAM said he’s free to go out with me. I JUMPED with JOY. 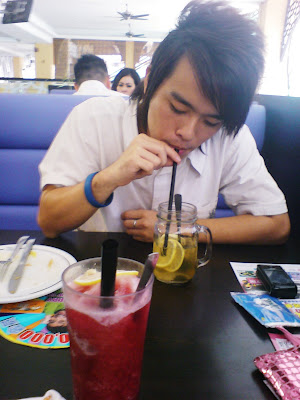 after the yum cha session. I went to do a little shopping. 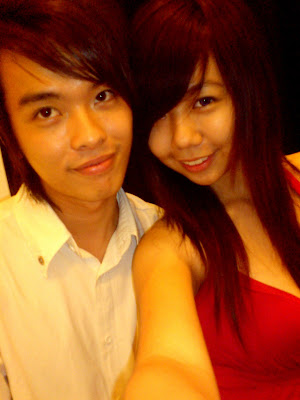 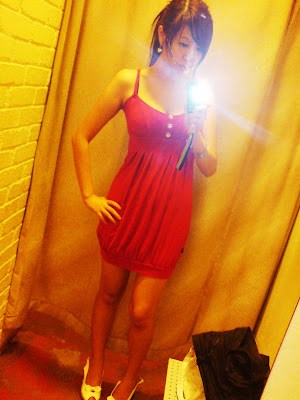 but instead of that, 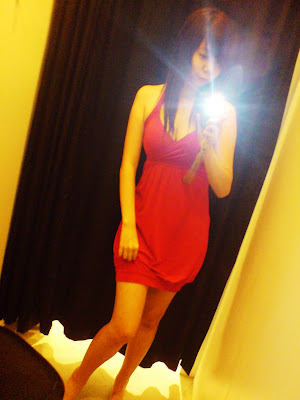 that’s the 1st thing that spoilt my mood. then, when xixili, “something” happened, which cause me to feel even down.

damm, lyposuction for me, please. 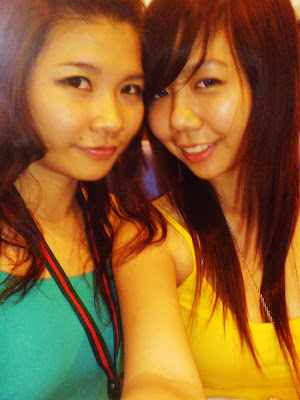 with SAM and JOE along.
and, JOE thought, I had a crush on him. lmao. 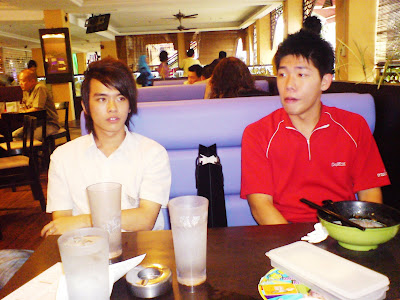 later on, IVAN and YEEWEI dropped by. * to fetch me home * 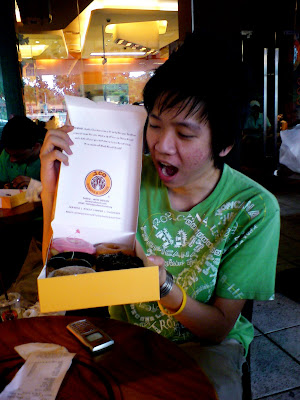 Went to shop for secret santa’s present. & also the guys’ tie.
oh yea, they bought me fake lashes for christmas.
& I got myself a devil horn. it reminds me of…

i miss you, yiingling.
*this was last year* 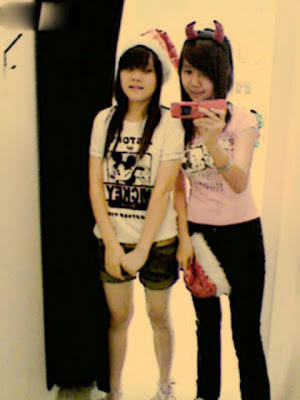 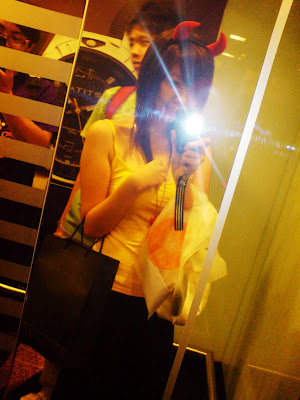 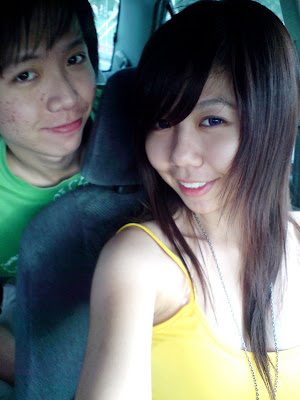 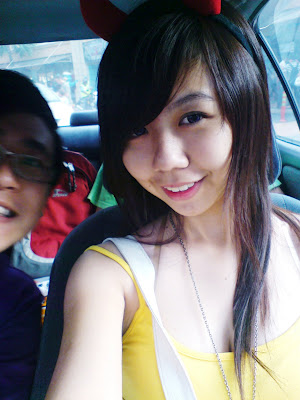 spaghetti top is my new addiction.
Got home. had a bad argument with the mother.
A really bad one after so long.
One that cause both of us cried. & I cried for the whole damm night.

and eventually, I missed the party I supposed to attend.

woke up at 7.00am.
text YAT and ask him bout the lunch he mentioned.
he replied. and said he will fetch me on 12pm.

wash up,
text the mother and apologize for how rude I was.

called her and said I am going out.

she hanged up the call.

still, I went out. between, YAT was late. tsk.

Met up with Adele… 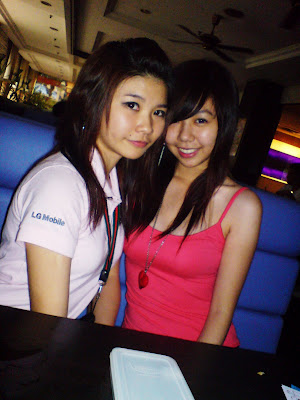 her alien’s face, and my piggy’s face.
see why are we the ze best friend? 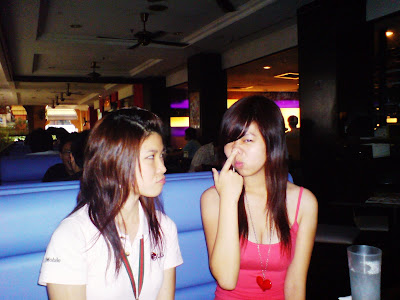 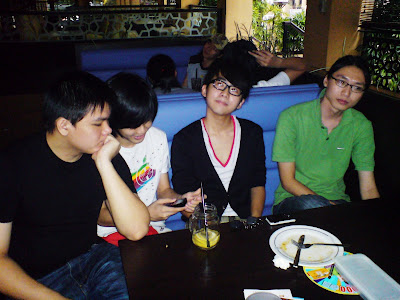 Yat sent me home after that.
a picture for the “OLD” man.
yea, he kept emphasizing how old 24 is. 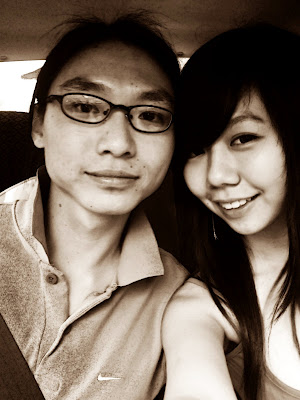 & a fresher one. teehee. 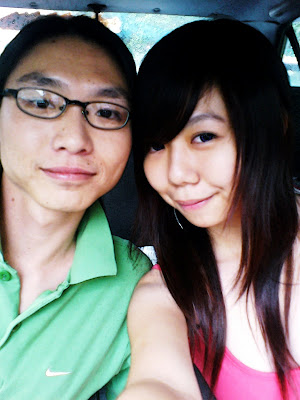 p/s – mom is still unhappy with me. want her to know that, ILOVEHER, lots! 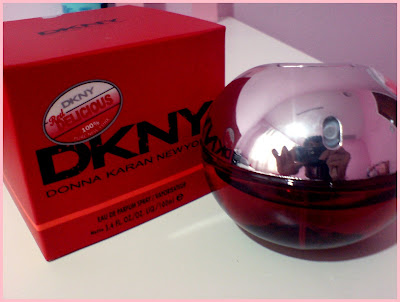